The Southgate Institute for Health, Society and Equity leads high quality scholarship on the social and economic determinants of health and health equity.

We conduct highly relevant research that informs practice and policy development in Australia and overseas, in relation to the promotion of population mental and physical health and health equity, and the reduction of social and economic exclusion.

Join us to launch the report: SA: The Heaps Unfair State: Why have health inequities increased in South Australia and how can this be reversed?

The Health Equity Hub brings together policy briefs and summaries of key findings from our research to inform practice and policy in Australia and internationally.

The Southgate Institute strives to conduct respectful, participatory research in partnership with Aboriginal and Torres Strait Islander health services, programs and communities. We also ensure the health of Aboriginal and Torres Strait Islander peoples is consistently prioritised in any social determinants and health service research we conduct. We regularly partner with the Poche Centre for Indigenous Health and Well-being.

Health equity and policy focuses on the scope and potential for public policies and programs to promote population health and health equity. Governments increasingly accept health promotion and reduction of disease through action on the determinants of health as a central and urgent goal of public policy. This area of research is based on a collaborative research approach aiming to produce policy relevant research.

Migrant and refugee health and wellbeing

At the Southgate Institute a multidisciplinary program of research has been examining the social determinants of health and wellbeing for people from migrant and refugee backgrounds. The aim of this research is to provide an evidence base for policy makers and service providers, and to contribute to innovative responses to improve health and well-being amongst people from migrant and refugee backgrounds. The work is highly collaborative with most projects involving staff from other universities and/or service providers, and undertaken in partnership with communities.

Centre for Research Excellence in the Social Determinants of Health Equity

Punching Above their Weight Network

In September 2017 the Punching Above their Weight (PAW) research network was formed to advance thinking and research about why some countries do much better or much worse in terms of life expectancy than would be predicted by their economic status. Earlier studies have shed some light on these issues, however, they have primarily focused on the role of health services, very little is known about the wider social, environmental, political and commercial determinants of these patterns. Similarly, the ways in which social and economic inequities affect population life expectancy are little understood. This research network has brought together researchers, policy actors, civil society actors from across the world to understand what drives good or poor performance in promoting population health and health equity.

Our researchers
Executive Board
International advisory board
About Deane Southgate 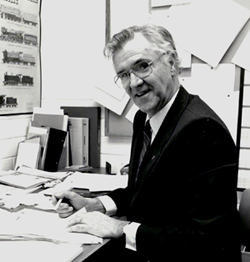 Associate Professor Southgate was Head of the then Department of Primary Care and Community Medicine in the School of Medicine at Flinders University at the time of his death in 1991.

Dr Southgate was heavily involved in public health, health promotion and community medicine over the course of his career. His role at the University was in academic general practice and its role in community medicine and primary health care. His involvement saw the recognition of the growing importance of general practice, both as a key component of the health service and as an academic discipline.

He was passionate about general practice and the important role it played in communities. As a result, he continued his role as a GP at the Southern Clinic general practice, Clovelly Park, where he was a partner from 1955 until his death. Through his work at the practice, he saw the need for community-based preventative medicine and was instrumental in the establishment of the Clovelly Park Community Health Centre (which has now been incorporated into the Marion GP Plus Centre), of which he was its first Director in 1974. Through this involvement, the South Australian Community Health Centres Association was established and in his role as its first President, he was an inaugural board member of the Noarlunga Health Service.

With the location of his general practice in an industrial area along South Road, Dr Southgate became very interested in occupational medicine and was one of the pioneers of the Australian College of Occupational Medicine. He was the medical officer to the joint Mobil-Esso refinery at Port Stanvac and saw occupational medicine as contributing an essential part of the health of people at work. Part of the role of the Clovelly Park Health Centre involved providing occupational health services to the small industrial businesses in the local community.

Dr Southgate was heavily involved with the Service to Youth Council of South Australia (SYC) in its developmental and early stages. This council continues to have a vital role today as it supports and assists young people. Focussing on 'at risk' youths, it independently provides community training and employment services.

Dr Southgate was very committed to public health but, in particular, to that of health promotion and disease prevention. His vision was to set up structures to support people in making safe, sensible choices and taking control of their lives.

Join the Southgate network as an individual or organisation and you'll receive early notification of our events, some of which are for members only.

You may also be eligible for support with grant applications, event management or other activities contributing to the aims of the Southgate Institute.

Submit the appropriate form below to enquiries.southgateinstitute@flinders.edu.au

The Planning and Evaluation Wizard (PEW) is designed to allow you simple access to planning and evaluation tools that are relevant to your health promotion or primary health care project.

The purpose of the Southgate Digital Equity Tool is to assist policy makers and practitioners in making informed decisions about the way they engage consumers in health services and programs. It will guide your thinking around the impact of traditional and digital communication on different population groups, with a focus on the impact of shifting to digital engagement with consumers.