In the fight against bowel cancer.

Starting at the mouth and working down to the tail, Erin Symonds has spent her 24-year research career focused on the science of the gastrointestinal system.

It’s important and urgent work. Despite a national screening program for bowel cancer, 5,000 Australians die from the disease every year. At the Flinders Centre for Innovation in Cancer (FCIC), Associate Professor Symonds is finding new ways to identify and track bowel cancers so they can be picked up earlier and treated more effectively.

“Initially, I started working on breath tests to assess digestion, and then moved on to probiotics and food poisoning, nutrition and obesity, and the small intestine” she says. “Now I’m focussed mainly on bowel cancer, also known as colorectal cancer, a disease of the large intestine.”

Of the 5,000 or more Australians who lose their life to bowel cancer, most are aged over 50, but increasing proportions are in their 20s, 30s and 40s.

Through a program of collaborative and clinically linked research at Flinders, Associate Professor Symonds and her team are developing new methods for detecting and managing bowel cancer.

“The work we do at the FCIC aims to improve clinical care pathways for bowel cancer patients,” she says. “This includes primary prevention for people we know are at elevated risk of bowel cancer, and working with bowel cancer survivors to track their treatment and monitor cancer recurrence more accurately.”

Flinders Centre for Innovation in Cancer

People are considered at higher risk of bowel cancer if they have a close family member who has been diagnosed, or if screening tests identify growths in their intestine known as adenomas, or pre-cancerous polyps.

Associate Professor Symonds and her research team were awarded a Medical Research Future Fund grant to identify bowel cancer biomarkers, molecules which accurately indicate the presence and size of a cancer.

“Currently the common way to monitor bowel cancers is with scans, which only provide visual information and involve the patient being exposed to radiation,” she says. “We’d like to offer a safer and cheaper test; a biomarker that can detect the cancer directly.”

The candidate biomarkers are fragments of cancer DNA that are found in a patient’s blood.

“We’ve published a number of papers on this now, and the blood biomarker approach looks very promising as a tool for bowel cancer surveillance during and after treatment,” Associate Professor Symonds says.

“We’d like to offer a safer and cheaper test; a biomarker that can detect the cancer directly.”

She is working on identifying comparable biomarkers for cancers of the oesophagus and stomach as well, for which there is no current screening test available, and that are typically only identified at relatively late stages of disease.

In addition, Associate Professor Symonds and her colleagues are conducting research that aims to assist doctors in prioritising which patients require colonoscopy most urgently. A colonoscopy is an invasive procedure, requires 24 hours of patient preparation and puts a large burden on the public health system. Around one million colonoscopies are performed each year in Australia.

“When patients present to a GP with symptoms and are sent for a colonoscopy, about 85% of them are found to have nothing of significant concern,” Associate Professor Symonds says. “It would be really useful to be able to screen out this low-risk group.”

Funded by the National Health and Medical Research Council, this line of research focuses on identifying protein or DNA biomarkers of adenomas and bowel cancers in small stool samples. Associate Professor Symonds hopes that with further work, it could be used in a similar way to the current faecal screening test offered to Australians over the age of 50 by the Australian Government.

“The first stages of this work involve exploring which biomarkers hold the most promise, and then testing them using donated patient samples which we already have stored and ready to go,” she says.

Much of Associate Professor Symonds’ work is linked with a program called SCOOP (Southern Co-operative Program for the Prevention of Colorectal Cancer), which has been running in South Australia since 1999 to improve surveillance rates for people at increased risk of bowel cancer.

Her impetus is the knowledge that when bowel cancer is detected early, it’s often treatable.

“Every time I hear about a person being diagnosed with bowel cancer, it’s motivation for me to work harder, to try and make a difference,” she says.  “It’s satisfying to be able to collaborate with the GPs and hospital doctors, to work with health economists and behavioural researchers and, statisticians — all of these key people in making sure the work that we do as scientists is able to make it all the way to better clinical care for patients.”

“Every time I hear about a person being diagnosed with bowel cancer, it’s motivation for me to work harder, to try and make difference,”

Flinders Centre for Innovation in Cancer 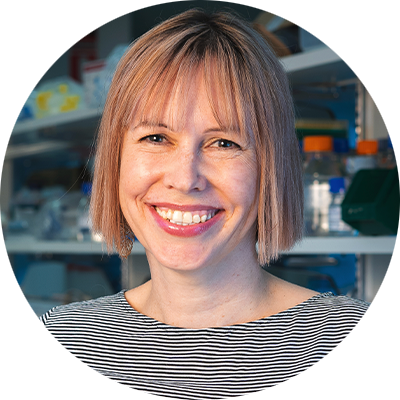