The making of men.

Whether it be tussles on the footy field, the swing of a cricket bat or the strain of a triathlon, sport has always been front and centre of Professor Murray Drummond’s life.

“Sport was my life,” Professor Drummond says. “It offered me a way of expressing my identity.”

On the Mornington Peninsula south-east of Melbourne, scouts from an elite cricket training squad eventually spotted his swing and from there sprouted a promising future with the ‘gentleman’s game’.

But by the age of 19, the post-match changeroom shenanigans, a heavy drinking culture plus a badly broken nose eventually led him to walk away from the game he loved.

“I started to struggle with the (cricket) environment a little bit because I didn’t drink a lot, if anything,” he says.

“I was brought up to be respectful towards women and I was in an environment where the cricket subculture was quite masculinised.

“I moved away from it and became a triathlete. I became excited about triathlon because it was a new and emerging sport. I was heavily involved in that and competed in the Hawaii Ironman in my early 20s.” 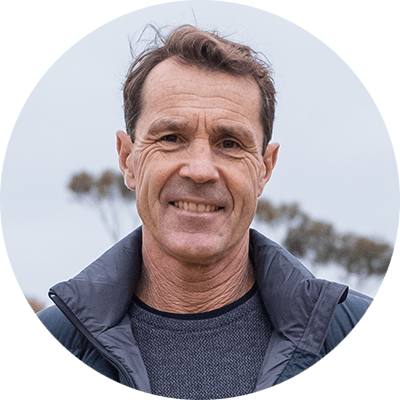 Now in his early 50s, Professor Drummond is a father of two and has participated in several impressive sporting events over the years. It was these experiences that led to a fascination with gender and sport, and later pursuing a PhD in masculinity in men’s sport.

Educating others on the virtues of sport and exploring masculine sporting culture, gender, mental health and body image now forms the basis of Professor Drummond’s career as a research professor in sport, health and physical activity.

The Director of Flinders’ Sport, Health, Activity, Performance and Exercise (SHAPE) Research Centre is on a mission to challenge sporting environments to embrace difference.

“I’ve been arguing for the past 20 years that masculine sporting settings are not entirely healthy environments for young males,” he says.

“It (club culture) can certainly impact the way in which masculinity is socially constructed and it can impact mental health, the relationship men have with women, misogynist language, homophobic language, all those sorts of things.

While sporting culture in Australia has progressed over the last few decades with some codes including Australian rules football changing to reflect general shifts in social attitudes and standards, much is still to be done, Professor Drummond says.

One area that requires a shift in thinking by young men is mental illness – a silent and often deadly problem.

“We (SHAPE) are working with clubs, presidents and boards to specifically identify people or champions of change with a club who can mentor young men around mental health.

Suicide is the leading cause of death for people aged 15-25 and the majority are male. Research also shows that while women are more likely to attempt suicide, men are far more likely to die by suicide.

The statistics for Indigenous males are worse. According to the Australian Bureau of Statistics, Indigenous men have twice the suicide rate of non-Indigenous men.

With funding from the Freemasons Centre for Male Health and Wellbeing Research Alliance, he will work with colleague Professor James Smith throughout communities in the Northern Territory to interview local boys and men aged 12-25 about sport, masculinity and their experiences with mental health as well as broader issues associated with growing up as a male.

“We want to find out how sport shapes who they are now, but also how sporting clubs can impact their beliefs, attitudes and behaviours,” Professor Drummond says.

“Our research thus far has identified that sporting clubs for a lot of young males can be their second home. Why wouldn’t we use that captive audience?

“We can’t just let that mentoring occur by chance.”

“We want to find out how sport shapes who they are now, but also how sporting clubs can impact their beliefs, attitudes and behaviours,”